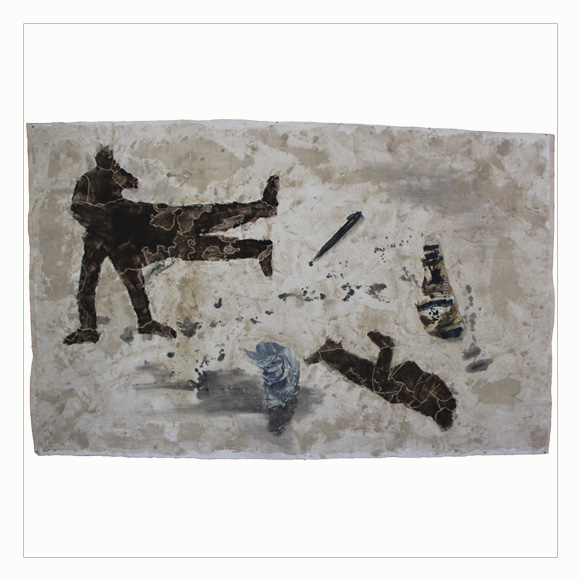 Lonwabo Kilani was born in Cape Town in 1980. He completed two years of studies in Visual Arts at Community Arts Project (CAP) in 2001.

Kilani studied Film (animation) and later digital arts and interactive media. Because he believes in making art for a purpose, Lonwabo is an activist. Since 2000 he has been involved in a wide range of mural painting experiences in the Western and Eastern Cape, and has participated in numerous group exhibitions and artistic collaborations, such as the painting of an installation for a national conference hosted in 2000 by the Institute for Justice and Re- conciliation in Cape Town on the theme of memory; The Day of the Dead exhibition at the Michaelis School of Art (2000); the Truworths Emerging Artists’ workshop at the SANG annex (2000), Beating the Odds, a multimedia art event to raise funds for CAP (2001); Afro Metamorphosis, CAP’s advanced visual art programme end of year show (2001); a group show organized by the AVA at Gesseau Art in Johannesburg (2002); Absolut Secret 7 at the AVA (2002); and a group show at Greatmore Studios in Woodstock (2002). He has also been commissioned to produce logos for Talking magazine and for the Institute of Race Relations. Kilani has participated in a Thupelo regional workshop and exhibition (2002).

He currently lives and works in Cape Town and has a studio at Greatmore Studios.