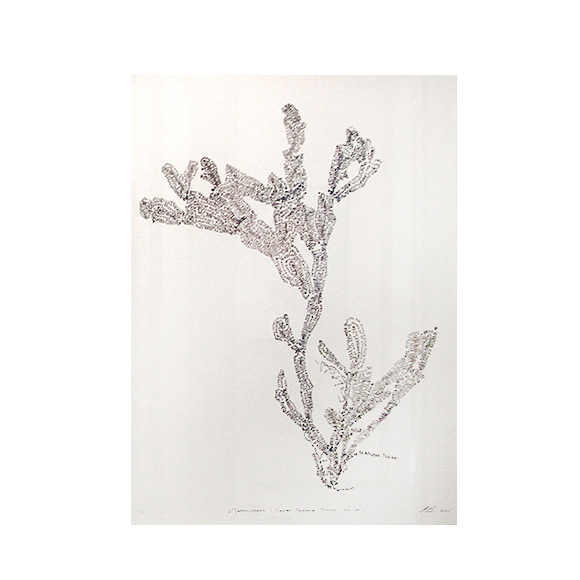 Nellien Brewer was born in Greytown, KwaZulu-Natal, in 1961. She qualified as a Landscape Architect from the University of Pretoria in 1982, and spent the next 20 years in this profession.

Fine arts, however, always remained her first love, and she enrolled for the BVA degree at UNISA which she completed in 2011. In 2008 she was one of the ‘Top 15’ artists at the Ekurhuleni National Fine Arts Awards. The following year she received the ‘Art on Paper’ merit award at the 2009 Thami Mnyele Fine Arts Awards.

Since then, she has participated in a number of juried group exhibitions both nationally and internationally.

She employs a variety of media in her art making, and started working extensively with text during 2007. Her work has since become increasingly computer-based as digital drawing facilitates a level of detail impossible to achieve by hand.