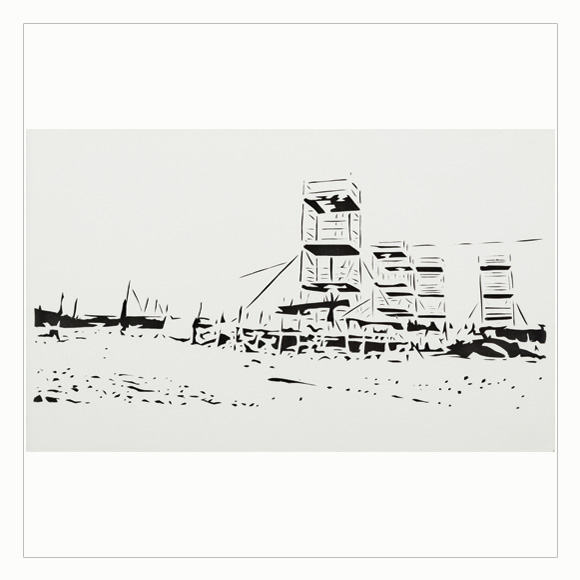 Franli Meintjes completed her BA fine Arts degree in 2004 at the University of the Free State and has been working as a full-time visual artist since 2012. Meintjes’s work has been selected for three consecutive years and placed in the Top 10 of the 2013 and 2014 Absa L’ Atelier Art Competition and she has exhibited in numerous Absa group shows: Post-Colonial Africa – KKNK (2014), Re-working the Still – Vryfees Bloemfontein (2014), The Confessional – KKNK & Absa Gallery Johannesburg (2017). Meintjes’s artworks were included in three group exhibitions curated by Found Collective namely Fix – 012 Central Pretoria CBD (2016), Urban Impressions – Aardklop (2016) & Fried Contemporary Gallery (2017) as well as Snake Eyes 2.0 – Aardklop (2017).

She also participated in a collaboration with Liberty Battson with their exhibition Inside Out at the KKNK (2017). Furthermore her artworks made it into the Top 100 of the 2015 and 2017 Sasol New Signatures Art Competition and the 2014 and 2017 Thami Mnyele Fine Arts Award Exhibition. In December 2017 she was invited to take part in the launch exhibition of the National Art Bank at the Oliewenhuis Art Museum and also exhibited at the Association of Arts Pretoria’s Annual Ceramic Plate Exhibition 2017.