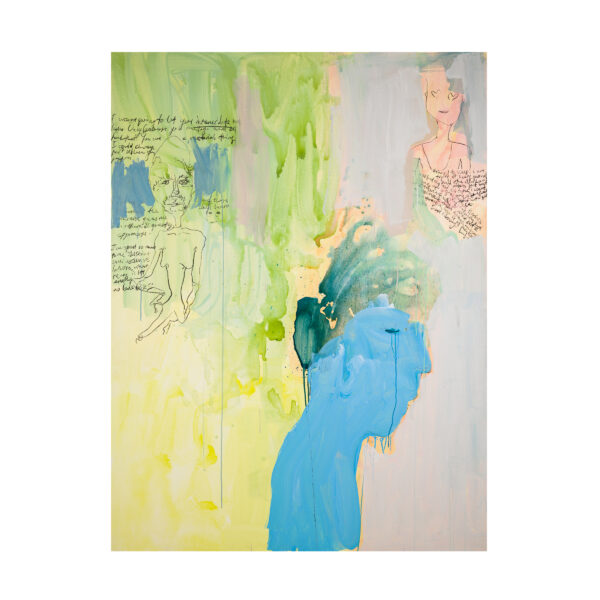 Banele Khoza was born in 1994 in Hlatikulu, a rural area in Swaziland. He moved to South Africa in 2008 to complete his schooling and in 2011 enrolled at the London International School of Fashion (LISOF) in Pretoria. It was during illustration classes that he realized he’d much prefer to be focus on drawing and went on to study Fine Art at the Tshwane University of Technology in 2012.

In 2017 he had a solo exhibition, Lonely Nights, at Lizamore & Associates, a culmination of a yearlong Johannes Stegmann Mentorship Program. He was the winner of the SA Taxi Art Award 2017 as well as the Gerard Sekoto Foundation Award 2017 (Absa L’Atelier Art Competition) with his digital drawings.

Using a tablet Khoza has found a free and effective way to express his more personal thoughts and feelings and tackle gender norms. Khoza has developed his recognizable style which demonstrates a beautiful understanding of the use of colours and incorporates text into his work that adds another dimension.

In Lonely Nights, an exhibition of paintings, which are by and large abstract or somewhere between abstraction and gestural self-portraiture, he demonstrates a proficiency with paint and a paintbrush too.