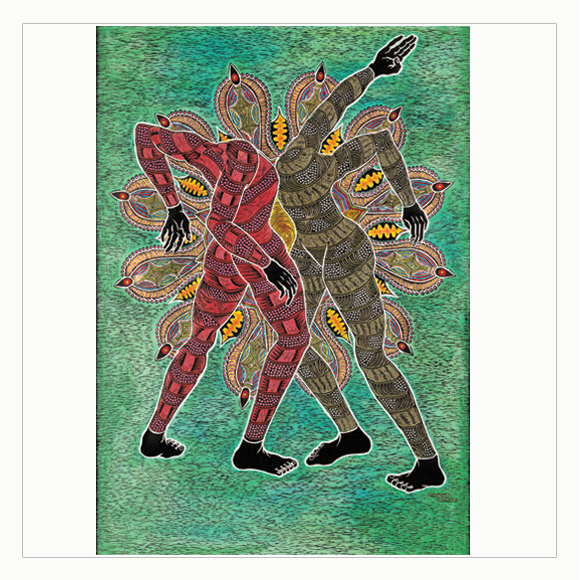 Sthenjwa Luthuli was born in Bothas Hill, KwaZulu Natal in 1991. He joined the BAT Centre visual art classes and says that these classes familiarized him with the industry of art and encouraged him to further explore and develop his creativity.

In 2011 Luthuli enrolled for the Velobala Saturday Art Classes hosted by the African Art Centre at the Durban University of Technology. The Velobala classes offer visual art tuition to young creative artists located away from the traditional urban clusters of arts infrastructure. As a result of his dedication and commitment and overt talent, he was selected to further take part in the Velobala mentorship program in 2012. Luthuli was mentored by Themba Shibase, artist and fine arts lecturer at the Durban University of Technology.

Luthuli is inspired by a number of artists including, Wangechi Mutu, Owusu Ankomah and Yinka Shonibare. Since 2011 he has participated in a number of group exhibitions in KwaZulu Natal and Johannesburg. In 2012 he participated in various exhibitions in Bremen, Germany and completed a mural project in the Concordia Tunnel, which is in the international collection of the Leiterin der stadtischen Galerie in Bremen Germany.

In 2017 he was selected to take part in a residency for 3 months in Germany, also in the same period, he was awarded with a second prize in Sasol New Signatures competition.