Hope of my Journey 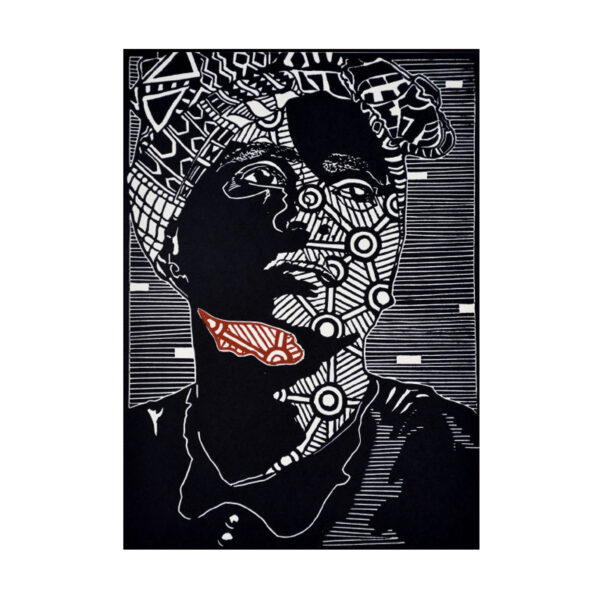 Hope of my Journey

Phillip Mabote was born in Qwa-Qwa, Free State, in 1982. Mabote works predominantly in the medium of printmaking, specializing in linocut. He studied Professional Printmaking at Artist Proof Studio (2007 – 2009). As a student, Mabote participated in Sonke Gender Justice Awareness Campaign and as a student teacher, he taught children aged between 6 years to 14 years as part of the Studio’s outreach programme. He has had a solo show at Candice Berman Gallery (Hunting For Lost Memories, 2016), as well as participated in group shows at Lizamore and Associates (The Forgotten, 2016), S.A Fine Art Print Fair, Gordon Institute of Business Science (2015) and Industrial Development Corporation (2015) to name a few.  He is represented in the collection of ARUP (Melrose Arch Johannesburg), Bus Rapid Transit Stations (Johannesburg) and Sonke Gender Justice Network (Johannesburg)