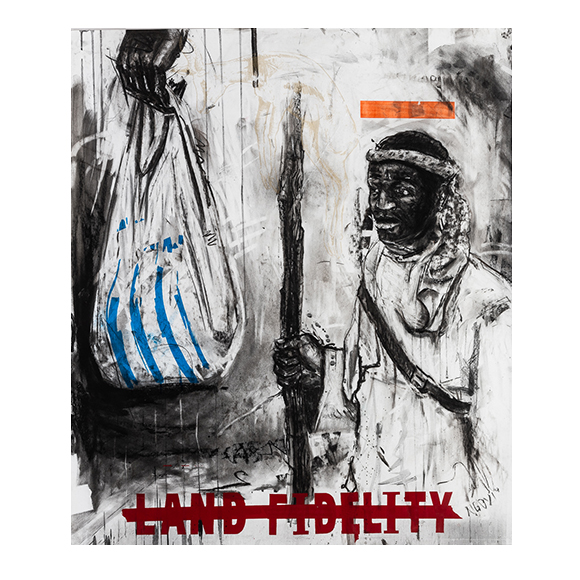 Minenkulu Ngoyi (b. 1987) was born in Johannesburg, South Africa. He graduated from Artist Proof Studio and now practices as a printmaker from the New ARC Studios in Newtown, Johannesburg.

He has developed a substantial portfolio of artworks that explores his relationship to the Shembe way of life, which is historically connected to his family. Ngoyi has participated and contributed to a number of projects in the past two years including, Sonke One Man Can campaign in 2011, where he worked on a mural in Soweto promoting Voluntary Male Circumcision. He participated in a group exhibition titled “Voice and citizenship, A journey through screen-printing in 2011” where he also participated in various projects that involved screen-printing as a medium of social expression. Through this project Ngoyi had an opportunity to facilitate a silk screen workshop at the Johannesburg Art Gallery (JAG) the same year.

He has also taken part in a number of group shows such as “Legend of Culture” at Arts on Main (2011), Independent Publishing Project (IPP) exhibition at the Goethe Institution in 2012, Coming of age: 21 years of Artist Proof Studio at JAG (2012) to mansion a few.