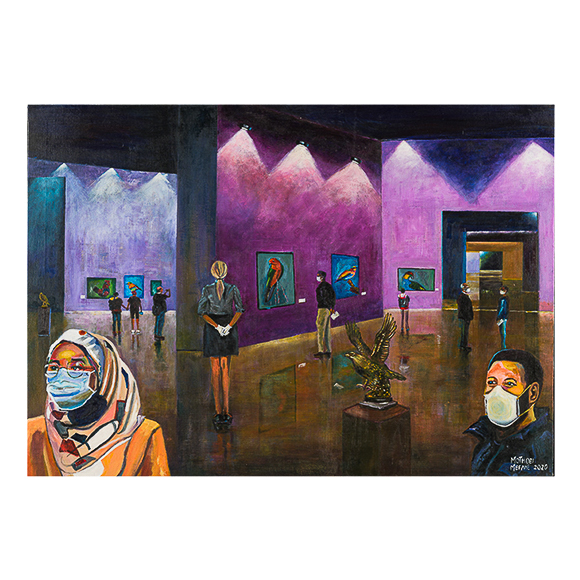 Mothobi Mefane is an artist born and bred in Bloemfontein. Like many artists he developed his love for art when he was still in primary school.

His mother was a domestic worker who always brought home magazines like You and Huisgenoot.  Mothobi would draw cartoons and illustrations he saw in these magazines. He completed his matric at Sehunelo Secondary School in 1988. Mothobi wanted to study drama but was dissuaded by his father who believed being a teacher or a policeman was a better career.

From 1994, he worked as a child and youth care worker for the Department of Social Development. In 2001 he became a clerk Mothobi resigned in 2011 to pursue his first love -art. He began painting on velvet fabric, which he sold door to door in the township.

He participated in group exhibitions in Macufe and the Grahamstown Arts Festival. He is currently enrolled as a Visual Arts and Design student at Motheo TVET College in Bloemfontein. In 2016, he received a Merit Award at the Phatshoane Henney New Breed Art Competition.