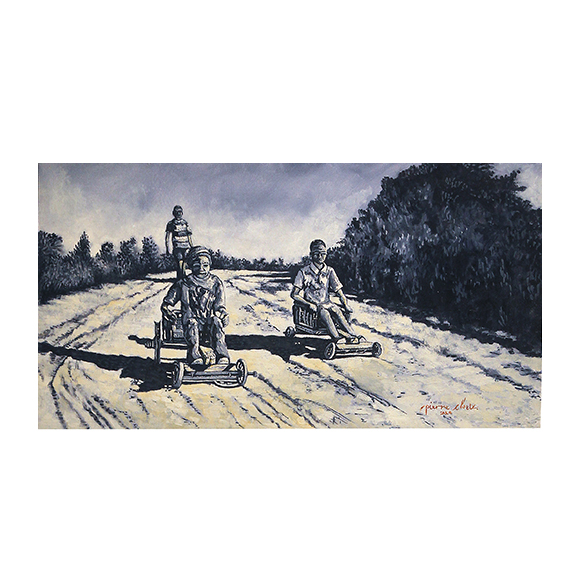 Pierre is a self-taught painter and graphic artist. He works predominantly in oil paint. He is a painter of landscapes, still life, abstract, seascapes and portraits.

He started painting during early childhood and after school saw it as a career besides working on the family farm.

His first big exhibition was the Soul of Africa group exhibition in 2005. Further he attended many localized exhibitions and festivals held in Namaqualand from the late 1990s until present. He was featured in the documentary A Country Imagined presented by Johnny Clegg. In 2013 he won the award for best fine artist in the Northern Cape Province held by the Department of Arts and Culture. He also received a merit award for the Vuleka arts competition held by ART.B. He received first prize for best artist at the Macufe festival in Bloemfontein. He was featured in an article at the National Arts Festival in Grahamstown in 2015. He has also appeared on interviews on national television and radio.

His artworks are represented in a number of reputable collections: William Humphreys Art Gallery, Kimberley and Artbank of South Africa 2019 and 2020.

His work is mostly influenced by his environment and culture and his work is a narrative of his community’s daily circumstances.

Many of his works have been bought by private people and a few collectors as well as guest houses. He recycles old wood and canvas for his paintings.