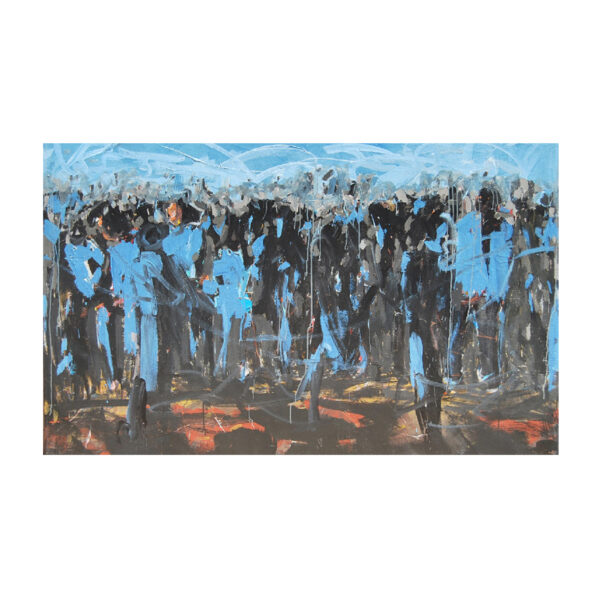 Asanda Kupa lives and works in Johannesburg at the Bag Factory. Frequent visits to his childhood home, in the Eastern Cape, keep Asanda rooted in his rural up-bringing and connected to a part of our country which is often neglected.

Kupa holds a National Diploma in Fine Art from Walter Sisulu University and a BTech degree from Tshwane University of Technology. Between 2009 and 2011, he resurrected the Molteno Museum. He was the recipient of both the Ann Bryant Young Artist of the Year Award in 2010, and the Reinhold Cassirer Award in 2013. His work is represented in numerous reputable South African collections, including The Southern African Foundation for Contemporary Art, and Nando’s.

Kupa’s artistic journey was forged in the Eastern Cape; a place from which many of South Africa’s mineworkers originate. This industry has influenced the voice of Asanda’s works through his exploration of the power struggles within a hierarchical society, the meaning of South Africa’s new-found freedom and the representation of dusty derelict landscapes.

Kupa is currently working with and is represented by M Studio Community. His work is grounded by the experiences of those forced to the periphery of ‘The New South Africa’, despite its great re-birth. Born in Molteno – a semi-rural village in South Africa’s poorest province – Kupa’s scenes depict the chaos and energy of life for many of South Africa’s subjugated black populations, a life defined by struggle and by lack of access to basic resources.